US Health Insurance Through the Years

Health insurance is a form of insurance that protects against the risk of someone incurring medical expenses. Risk is shared amongst many people. Insurers could establish a financial structure, such as a monthly premium or payroll tax, to cover the health benefit provided in the insurance agreement to assess the overall health risk and health system expenses.

In the United States, health insurance refers to any plan which contributes to medical costs, whether through private insurance, social insurance, or a social welfare program financed by the Government.

Here is a quick timeline of US Health Insurance.

1895 – Labor unions began to offer some sort of protection from illnesses and injuries to fellow workers due to the dangerous nature of their work during the Industrial Revolution.

1905 – 1919 – The American Association for Labor Legislation (AALL), a US advocacy group for national health insurance, was founded. They actively supported social insurance.

1920 – After WWI ended, physicians and hospitals began to charge more, and the cost of healthcare became a significant problem for the average citizen.

1929 – To make healthcare more affordable, Blue Cross was formed by a local hospital and Dallas public school teachers. In their agreement, teachers will pay a set monthly amount in exchange for future medical care.

1939 – In lumber and mining camps in the Pacific Northwest, employers created Blue Shield to fund medical service bureaus made up of groups of physicians.

1960 – Medicare and Medicaid were created, providing insurance to the elderly and the poor, which eventually expanded its coverage.

1973 – The HMO Act was implemented to reduce costs of health care through more market competition and greater access to coverage for people.

1985 – COBRA was enacted. It allows workers and their families to remain in the employee’s group health insurance plan for a limited time after changing employment.

1996 The HIPAA, which was signed into law by President Clinton, set industry-wide standards for medical records and placed restrictions on how pre-existing conditions could be handled in group health plans. This also includes eligibility for uninsured children up to age 19 in families with incomes too high to qualify them for Medicaid.

1997 – CHIP was established to provide coverage to children in families who earn high to be eligible for Medicaid but too low to purchase private insurance.

2010 – The ACA is signed into law. Medicaid eligibility was expanded, exchange-based health insurance became available, and insurance companies could not charge more due to pre-existing conditions. This also permits children to remain on their parent’s insurance plans until age 26.

In 2019, according to the Census Bureau, 92 percent of Americans had health insurance, leaving 8%, or 26.1 million, without coverage.

No one expects to become ill or injured, but the majority of individuals will require medical attention at some point. These expenses are covered by health insurance, which also comes with so many advantages.

It solves the most painful problems in healthcare with a user-friendly solution powered by its state-of-the-art, HIPAA-compliant, mobile-enabled, continuous real-time monitoring, and AI/ML engine. Then company’s Remote Patient Monitoring (RPM) technology enables patients to manage their health conditions in the comfort of their homes and supports healthcare providers with real-time intelligence for timely intervention. DrKumo revolutionizes the way people access quality health care across the world. With a culture that is innovative, collaborative, and technology-driven, DrKumo provides the most effective solutions to both patients and healthcare providers. 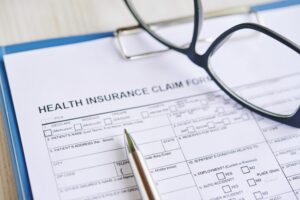 A surge in interest in remote care programs has prompted the Centers for Medicare & Medicaid Services (CMS) to increase its support for RPM. CPT codes can help doctors’ offices earn from RPM programs while increasing overall patient care. These guidelines establish a financial framework for physicians to be compensated for their time and equipment. 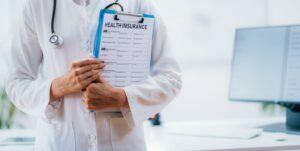 For health plans hoping to drive down the cost of utilization, get ahead of the competition, gain high return on investments, technological advancement, personalized treatment plans, and improve management and monitoring, Remote Patient Monitoring (RPM) is one of the best solutions.