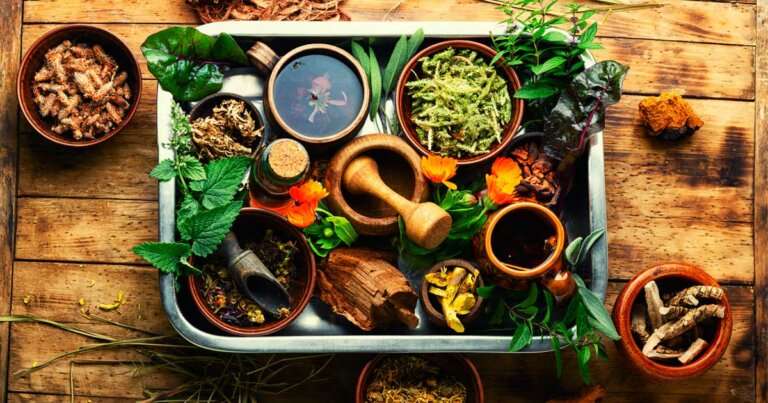 10 Herbs That May Lower Blood Pressure

High blood pressure is a chronic medical problem that has become a global epidemic. Because of their low cost, higher acceptability, and fewer side effects, herbal medicines made from common herbs are used by a large part of the world’s hypertensive population for primary health care. Here are ten herbs that may lower blood pressure.

Garlic has traditionally been used to treat a range of heart problems, particularly hyperlipidemia. It is also said to have hypotensive properties. It is considered to cause smooth muscle relaxation and vasodilation by increasing nitric oxide synthesis. Allicin is one of the key active chemicals in garlic that gives it its distinctive odor and many of its health benefits.[2]

According to Chinese tradition, celery is useful for hypertension since it affects the liver. Celery was effective in lowering HTN in 14 of 16 individuals in mainland China. The juice was blended with an equivalent amount of honey and eaten orally three times a day for up to one week. It was also reported to lower systolic and diastolic blood pressure.[3]

Zingiber officinale, often known as ginger, is widely used in everyday cooking and for a variety of therapeutic applications. Ginger contains a lot of potassium, which helps regulate blood pressure and heart rate. (6)-gingerol is currently thought to be a novel Ang II type 1 receptor antagonist. Ginger has recently been discovered to lower total cholesterol, triglycerides, low-density lipoprotein (LDL), and very low-density lipoproteins (VLDL) (VLDL). It also suppresses the activity of ACE-1.[2]

The leaves and oil of the lemongrass plant are used to create medication. In Southern Asia, China, and Brazil, lemongrass is frequently utilized. Citral, the active phytochemical ingredient in lemongrass, is thought to be responsible for its antihypertensive properties. Citral crude extracts promote dose-dependent vasorelaxation. Lemongrass has a minor antioxidant effect by reducing ROS molecules and is implicated in anti-inflammatory pathways by inhibiting the activities of NF-B and iNOS.

Curcuma longa, sometimes known as turmeric, is a plant native to Southeast India that is commonly grown in tropical areas of South Asia. Curcumin, the active ingredient in turmeric, has anti-inflammatory and anti-cancer properties. Curcumin has anti-CVD properties, such as lower blood pressure. Curcumin inhibits the progression of HTN by lowering AT1R expression in arteries by disrupting SP1/AT1R DNA binding. This reduces AT1R-mediated vasoconstriction and so inhibits the progression of hypertension.

Cinnamomum zeylanicum is another herb that is used to treat HTN. Cinnamon has been shown to lower blood pressure and also help patients with prediabetes and type 2 diabetes (T2D). The aqueous extract of its stem bark lowers blood pressure and inhibits contractions caused by potassium chloride (also known as KCl), which is linked to the endothelium, NO, and the ATP-sensitive K+ channel (K ATP channel). The bark’s methanolic extract raises NO levels.

Buchu is a South African medicinal plant that has been used for generations by the region’s indigenous peoples to treat a variety of maladies. It works as a diuretic that lowers the blood pressure and works as an anti-inflammatory. Buchu was utilized by early Dutch settlers to manufacture a brandy tincture, which is still used to cure a variety of ailments today.

According to reports, a crude extract of O. basilicum with a median effective dose of 30 mg/kg, lowers systolic, diastolic, and mean blood pressure in a dose-dependent manner. The antihypertensive impact lasts only two minutes before returning to normal. The extract’s cardiovascular action is linked to the presence of eugenol, which works by inhibiting calcium channels.[2]

You can lower your blood pressure by incorporating a number of promising herbs into your diet. Still, a combination of the appropriate medications, a nutritious diet, regular exercise, and engaging in good lifestyle choices is the best strategy to manage high blood pressure. Always consult your healthcare provider before introducing herbs into your diet,  and before taking new medication. Lastly,  never stop monitoring your vital signs! 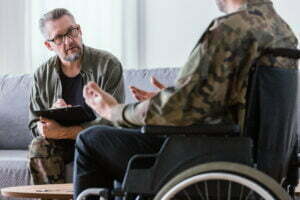 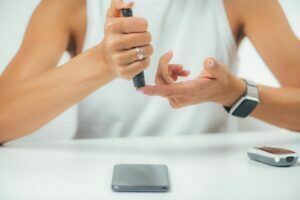 As glucose control and weight management are important targets in managing GDM, telemedicine and remote monitoring can have significant benefits for women with GDM.