Having a frequent loose or watery bowel movements is known as diarrhea. Cramping, abdominal pain, bloating, nausea, or a pressing desire to use the restroom could also be present. A chronic condition may show symptoms such as persistent diarrhea. Fortunately, eating a gluten-free diet typically relieves many celiac disease symptoms, including diarrhea. Diarrhea for someone with celiac disease is frequently brought on by malabsorption, the inability to absorb nutrients from food. In fact, in one research of people living with celiac disease, those on a gluten-free diet saw noticeably less diarrhea than those on a regular diet.

Abdominal swelling that is not usual can result from bloating. This leads to discomfort, agony, and a feeling of a complete or tight abdomen. Bloating may also result from gas. Two reasons for these symptoms include celiac disease and non-celiac gluten sensitivity (often known as “gluten sensitivity”).

Constipation is a digestive disorder in which it is uncomfortable and difficult to pass feces. Poor diet and little exercise are the two most frequent causes of constipation. Frequent constipation can signify a more significant health problem or trouble with digestion, such as celiac disease.

Patients typically complain of fatigue, which is frequently included as a symptom of celiac disease. A state of bodily or mental weariness is referred to as fatigue. Both a physical and a mental ailment, fatigue can be both. Numerous illnesses and conditions, including autoimmune diseases like celiac disease, can cause chronic fatigue. Even though weariness may be a temporary and common aspect of life, it may not go away when a chronic illness like celiac disease is present. Once identified, the gluten-free diet frequently, but not always, helps celiac disease patients with their fatigue.

A severe, chronic skin rash called dermatitis herpetiformis (DH) is connected to celiac disease. Dermatitis herpetiformis is characterized by blistering, excruciatingly itchy skin. DH, also known as gluten rash or celiac rash, is a chronic illness regarded as the cutaneous manifestation of celiac disease. However, not everyone with the celiac disease goes on to acquire DH, the majority of those who do so. The elbows, knees, and buttocks are the usual sites for the rash to appear, and it is typically symmetrical, meaning it appears on both sides of the body. It is common for this gluten-related rash to go away on its own, but it may leave behind brown or light markings on the skin where pigmentation was lost.

Red blood cell count decline brought on by iron deficiency is known as anemia, sometimes iron deficiency anemia. Particularly in women, anemia is particularly prevalent. Undiagnosed cases of celiac disease are frequently accompanied by anemia. Numerous factors, such as a lack of iron, a lack of folate, or a lack of vitamin B12, might contribute to it. The malabsorption brought on by celiac disease may be responsible for these deficits.

Among other potential medical conditions, celiac disease can manifest as discolored teeth. This symptom appears as patches on the front and back teeth that are white, yellow, or brown (incisors and molars). Once a person with celiac disease switches to a gluten-free diet, their permanent tooth problems do not get better.

Pale mouth sores, often known as “canker sores,” are brought on by a split in the skin around the mouth or lips. Different sores can develop anywhere in the mouth, including the inner cheeks, gums, tongue, lips, or palate. Their causes can vary widely. Mouth sores, especially celiac disease, might indicate a more serious medical problem.

Celiac disease can be challenging to diagnose because it affects individuals differently. Several recognized celiac disease symptoms might affect the digestive system or other systems of the body. Some people get the celiac disease as kids, while others get it as adults.

Technological trends in healthcare that allow patients to be monitored outside the clinical settings such as Telehealth, Remote Patient Monitoring (RPM), and Telemedicine can help monitor patients with Celiac disease.

If you think you exhibit some of these symptoms, contact your healthcare provider for a proper diagnosis.

Read more: Remote Care Delivery for Patients with Celiac Disease During and After COVID-19

Join the healthcare revolution with DrKumo's RPM technology solutions and make a difference in your health today.
Click Here 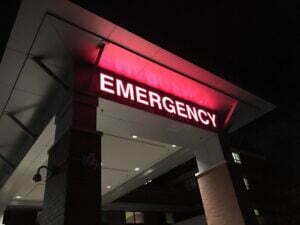 This is the right time to introduce telehealth to providers and patients in order to support the entire healthcare system. Telehealth increases access to healthcare providers, allowing people to receive better care closer to home, when they need it. 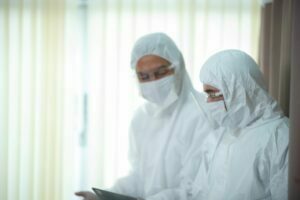 Remote Patient Monitoring plays a major role in this worldwide combat against the COVID-19 pandemic. Here are the top 3 ways on how RPM helps COVID-19 patients. 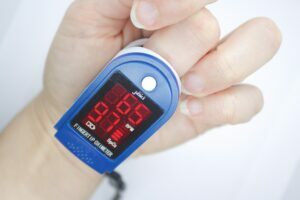 COVID-19 and the Surge of Pulse Oximeters

Pulse oximeters are essential for managing COVID-19 and other respiratory diseases. Learn about the benefits of using pulse oximeters to monitor oxygen saturation levels and how they support patients and healthcare providers.