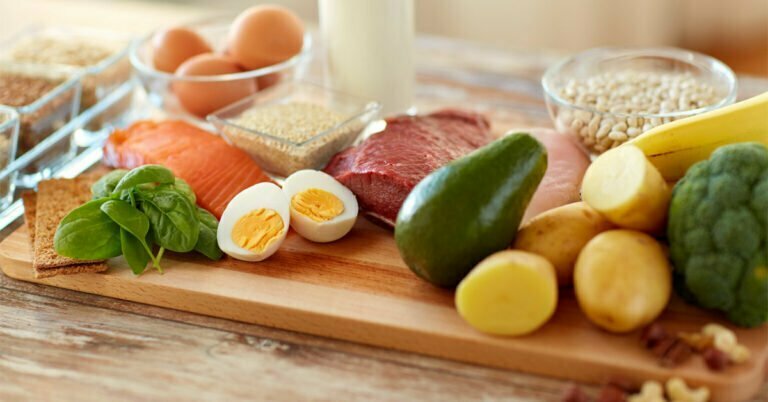 5 FAQS About Protein-Rich Diet in Elderly

Protein is required for the growth and repair of muscles and tissues in the body. As a result, in the elderly with muscles that are deteriorating, it is critical to consume protein-rich diet.

Skeletal muscle mass and strength loss are significant contributors to higher mortality, morbidity, and lower quality of life in the elderly. Protein requirements have traditionally been calculated on the basis of providing enough dietary protein to maintain nitrogen balance. Protein is a necessary component of a well-balanced diet. Discover the reasons why protein is important and answer the frequently asked questions, especially for the elderly.

Why protein-rich diet is important in the elderly?

Falls and consequent fractures are predicted by muscle weakness. Muscle weakness is linked to age-related muscle loss, which is linked to osteoporosis and leads to a life of limited mobility, loss of independence, and a shortened lifespan. Muscle loss prevention is critical for lowering fracture and osteoporosis risk, and it appears that increasing dietary protein levels, especially when paired with resistance training, can significantly reduce fracture risk and osteoporosis risk. When bone density is poor, fracture risk is raised, and muscle mass loss is linked to bone mass loss. Muscle strength promotes bone density, which is intricately related to the skeletal and muscular organs. Muscle contractions exert the most powerful mechanical stresses on the bone, promoting healthy bone turnover and enhancing bone density, strength, and microarchitecture.

Why do the elderly need more protein?

Food consumption increases protein turnover in skeletal muscle tissue, particularly with the ingestion of protein, which stimulates muscle protein synthesis while inhibiting protein breakdown, resulting in a positive net protein balance. In response to an anabolic stimulus, older people appear to have lower rates of protein synthesis and whole-body proteolysis, which is associated with overall slower tissue remodeling. As we get older, our bodies become less sensitive to anabolic stimuli. This is thought to be a major factor in the loss of skeletal muscle mass.

What is the optimal amount of protein intake for the elderly?

The amount of protein consumed to achieve nitrogen equilibrium varies greatly, ranging from 50 to 150 grams per day. There is rising evidence that the current Recommended Dietary Intakes for older individuals, which are around 0.8 g/kg/day, are insufficient to maximize muscle development, strength, and function retention.[1] A worldwide expert panel in a review last 2013 advised an average daily protein intake of 1.0–1.2 g/kg protein for people aged 65 and over, with even greater intakes for those who exercise and are otherwise active.[2] Yet it should be noted that the optimal daily protein intake for older people is still unknown and will be determined by a variety of factors such as the amount and kind of physical activity and exercise performed, the distribution pattern of dietary protein throughout the day, the protein source, and so on.

What is the optimal type of protein for the elderly?

In comparison to younger people, older adults tend to have a higher positive whole-body protein balance after consuming rapidly-absorbed protein sources. However, protein gain was greater with whey protein, which is a rapidly digested protein, and lower with casein, which is a slowly-digested protein in older subjects. This shows that a “fast” protein may be more effective in limiting protein losses in older people, but additional long-term research is needed to prove that this technique minimizes body protein losses as people age.[3] Intact protein sources like whey protein, milk, and beef have a better protein synthetic response. In addition, protein synthesis response appears to be decreased in older people if total ingested protein content is low or if glucose and amino acids are co-ingested. Ingestion of roughly 25–30 g of protein per meal appears to boost muscle protein synthesis in both young and elderly people.

What is the optimal time for protein consumption?

Another factor to consider is the best time to eat protein in relation to exercise. Given that maximal muscle protein synthesis occurs 60 minutes following physical exercise, it would seem fair to assume that protein administration during this time frame would produce the highest anabolic response. However, there is no solid data to support this notion. The only thing that is clear is that physical activity aids in the retention of lean mass in highly active older adults. Therefore, maintaining appropriate physical activity is expected to alleviate the age-related decline in resting metabolic rate coupled with an adequate protein intake.

It is critical for elderly people to maintain their independence, quality of life, and health. The continuous loss of muscle mass, strength, and function that happens with aging is one of the greatest hazards to living independently. Protein has been identified as a critical component for the health of muscles in elderly people. In comparison to younger people, elderly people are less susceptible to the anabolic stimulus of low protein ingestion. This lack of reactivity in elderly people can be compensated for by increasing protein intake.

8 Good Foods for People with COPD

Remote patient monitoring of patients with COPD can offer clues about what happens before an exacerbation, just like tracking what you eat and balancing your meals to manage your health. 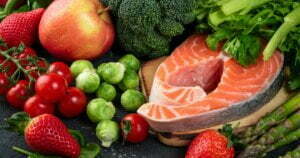 With just a few smart strategies, it is possible to enjoy a heart-healthy diet and delicious meals without breaking the bank. 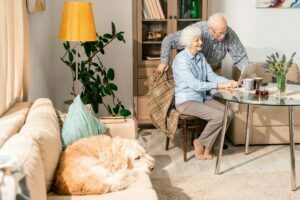 Eight out of ten elderly Americans1 are faced with one or more chronic diseases’ health issues. In some cases, they also suffer from acute diseases