The sinoatrial node, also known as the sinus node or SA node, is the pacemaker of the heart in which heartbeat normally begins and is located in the top chamber of the heart called the atrium. Its job is to maintain a steady and regular heartbeat. Sick sinus syndrome is a collection of heart rhythm issues characterized by a constellation of aberrant rhythms produced by reduced pacemaker performance and impulse transmission. Atrial bradyarrhythmia, atrial tachyarrhythmias, and what is known as tachy-brady syndrome, are all examples of these. Let’s talk about the 3 FAQs on Sick Sinus Syndrome. Then, we will talk about how Remote Patient Monitoring can help.

What are the causes of Sick Sinus Syndrome?

While age-related degradation of the sinoatrial (SA) node is the most prevalent intrinsic cause of sinus node dysfunction, sinus node dysfunction can also be caused by congenital abnormalities, arrhythmias, infiltrative disorders, and surgery. Some medications, especially when used in large amounts, might exacerbate irregular cardiac rhythms. Digitalis, calcium channel blockers, beta-blockers, and antiarrhythmics are among them.

Who are usually affected?

What are the symptoms?

The majority of patients do not have signs or symptoms. If symptoms do appear, they are non-specific and may be mistaken for those of other illnesses. Some symptoms are outcomes of arrythmias which includes palpitations, reduced tissue perfusion, tiredness, lightheadedness, pre-syncope, and syncope.

At any point, the heart rate may be exceedingly slow. Blood pressure levels can range from normal to low. Heart failure symptoms may begin or worsen as a result of this syndrome. When symptoms exclusively occur during arrhythmia episodes, sick sinus syndrome is identified. However, establishing a link is frequently difficult. An electrocardiogram (ECG) may reveal irregular cardiac rhythms linked to this illness but not diagnostic.

Sick sinus syndrome, also known as sinus node dysfunction, is a disorder that mostly affects the elderly. It is caused by the SA node’s degeneration, which impairs its ability to generate or transmit impulses to the atrial tissue. The diagnosis is made by electrocardiographic detection of the arrhythmia in conjunction with the existence of symptoms, which might be difficult. Remote patient monitoring devices like Holter monitoring, event monitoring, or loop monitoring may be utilized if electrocardiography fails to provide a diagnosis. 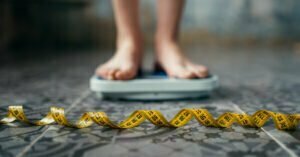 Remote patient monitoring improves the quality of care by connecting clinicians more directly and providing pertinent data on the patient which is essential in patients with anorexia nervosa.

5 Amazing Facts about Sound Healing: A New Health Trend You Need to Know in 2022

Since ancient times, archaeological findings throughout the world suggested that the kind of sound you hear could give you ultimate healing, and now it is considered one of the newest trends in health this 2022.

There is no way to prevent lung cancer completely. But there are things you can do that might lower your risk for lung cancer.